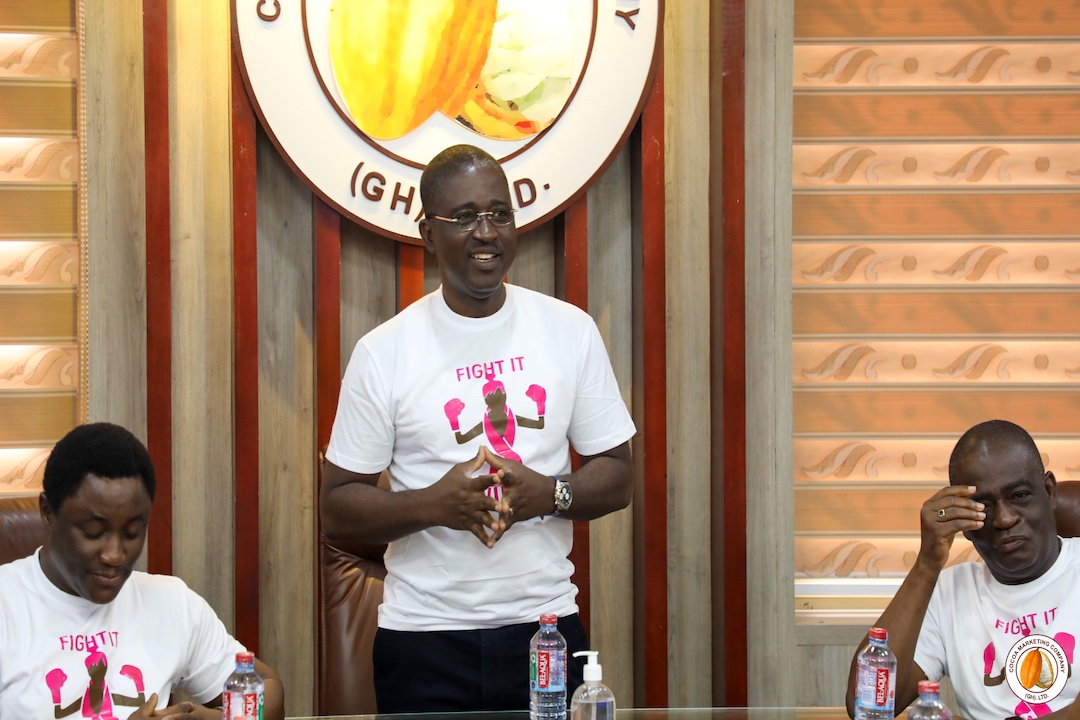 Breast Cancer, A Must Concern For All

Breast Cancer, A Must Concern For All

The Managing Director of The Cocoa Marketing Company, (Gh) Ltd.Mr.Vincent Okyere Akomeah has noted that the issue of breast should not be left in the hands of women alone to tackle, as the disease is no discriminator of sex.

Speaking at the Cocoa House in Accra, he opined that, empirical evidence has revealed that, albeit women suffer breast cancer more than their male counterparts, men cannot escape the threat, as some males have also been hit with breast cancer.

" It is no longer women"s issue, men suffer too, stretching it to be a social issue.

He admonished the leadership of the Cocoa Marketing Company Ladies' Club to continue to create the awareness through educating all staff of CMC, even after the Month of October, which has since 1985  been celebrated in all countries across the world as breast cancer month, instituted by a partnership between the  American Cancer Society and the Pharmaceutical Division of Imperial Chemical Industries.

According to Mr. Akomeah,the percentage of men showing interest in the combat against the disease is on the increase, making it everybody's business.

"So, if you see the men showing interest, encourage them,we want to be encouraged".he announced.

He prompted the ladies to go for regular medical check ups and promised that he and his Management team will support all efforts aimed at ensuring that no male or female suffers from the breast cancer disease and prostate cancer, as relates to the men.

The Human Resource Manager, Madam Dorine Fanny Amartey, on her part, added that all women from forty years upward should visit the Cocoa Clinic for yearly mammogram examination.